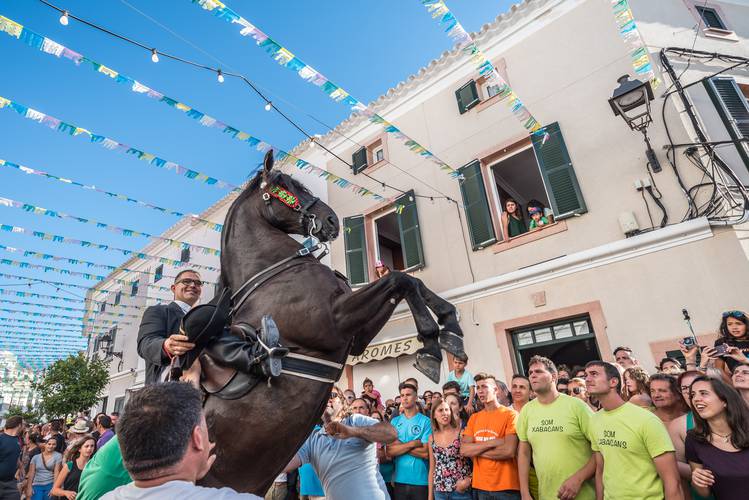 The local fiestas of Menorca are a centuries-old tradition and one of the most impressive shows on the island. Although they have their origin in the Fiestas de Saint John, celebrated in Ciutadella, each town in Menorca celebrates its own fiesta during the summer.

In them, the Menorcan horse is the true protagonist. During the jaleo, the caixers (horsemen) enter the main town square making the horses jump to the rhythm of the typical songs of these festivals. The public crowds around the horses to make them raise their front legs, quite a sight to see!

The fiestas dates for each town are as follows:

Due to the current health situation, the responsible authorities have not confirmed the calendar of Menorca's local fiestas for 2022, as well as the definitive dates for its celebration. For any questions or queries, do not hesitate to contact our reception staff.